We work everyday to make Sarihusada the best place to grow. We are constantly committed to encourage and hone our employees' competencies and expertise, in order to deliver the best possible performance.

Working for Sari Husada,  means not only working for a market leader/ global player in early life nutrition business, but also means you will be exposed to great opportunities as Sari Husada is part of Danone Group (www.danone.com). You will have the opportunity to design your meaningful career where you grow as a professional and a person.  Based on your own aspirations, you will be encouraged to shape your career path by alternating between the various functions, contexts and cultures. 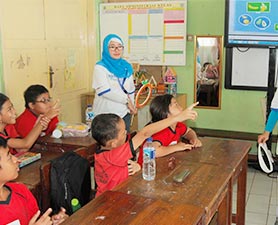 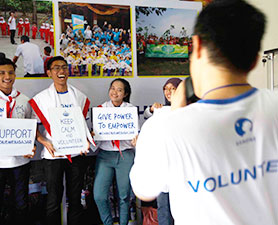 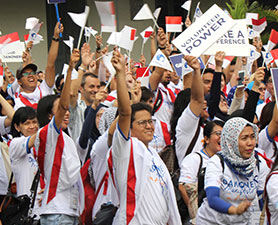 Danone settled in Indonesia in 1998 by signing a strategic alliance with Aqua, an Indonesian brand of bottled water launched in 1973. With this partnership, the brand strengthened its market position becoming the largest producer of bottled mineral water in Indonesia. In 2005, Danone Indonesia launched Mizone, which was a roll-out of the Chinese success story.

In addition to its water business, Danone established its Baby Nutrition Division in Indonesia in 2008, with the acquisition of Royal Numico NV which encompassed PT Sari Husada and PT Nutricia Indonesia Sejahtera. PT Sari Husada was the pioneer in the development and production of infant formula in Indonesia, which launched its legendary brand SGM in 1965; while Nutricia was the world’s pioneer of baby formula and other nutritional discoveries that have changed the lives of millions worldwide.

Get to know further about the history of Sari Husada and Nutricia.


Currently, Danone in Indonesia is represented by four companies which operate in three categories of business:

Dedicated to its mission: bringing health through food to as many people as possible, Danone is a leading global food company built on four business lines: Fresh Dairy Products, Early Life Nutrition, Waters and Medical Nutrition. Through its mission and dual commitment to business success and social progress, the company aims to build a healthier future, for all its stakeholders—its 100,000 employees, consumers, customers, suppliers, shareholders and all the communities with which it engages.

Get to know us further and immerse in the world of Danone.