Are you a journalist, publisher, or media communications professional ?
We are here to answer any questions you may have related to news group / data, interview requests, partnership requests. 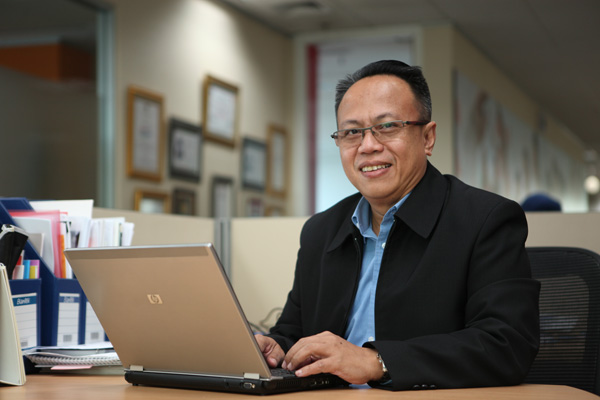 Arif is the Division Head of Corporate Affairs at Sarihusada. He is responsible for designing, promoting, and protecting the reputation of the company through various means of communication. As Head of Communication Division, he oversees the Division of Internal Communications, Media Relations Division, Division of External Relations and Corporate Social Responsibility Division. Arif is also responsible for managing and handling various communication-related matters associated with the company and all brands under the company. 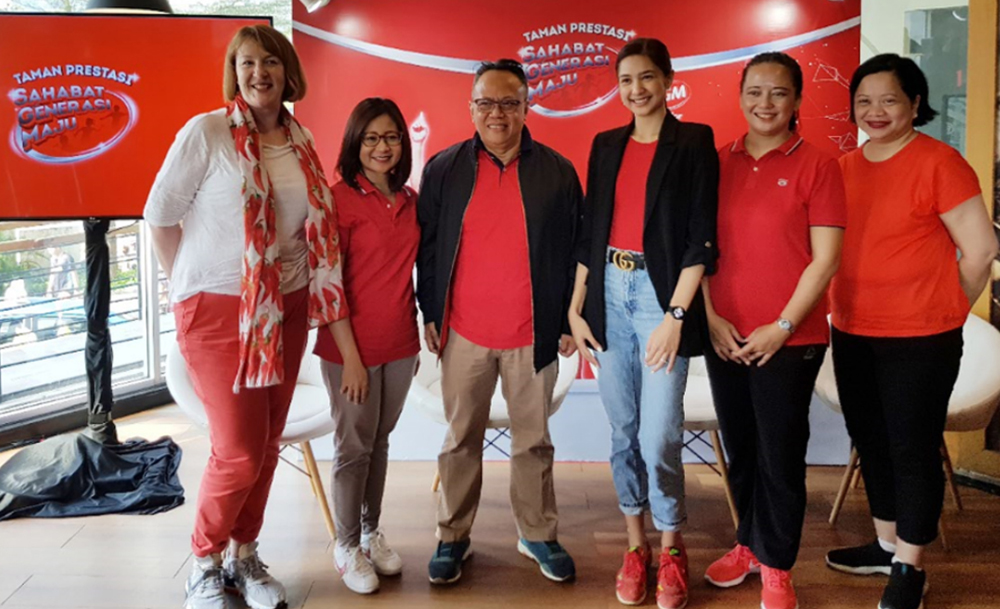 Jakarta, July 21, 2019 - Every child has the right to get the best nutritional support and appropriate stimulation as early as possible in order to grow and develop optimally so that they have the opportunity to hone their potential achievements. A healthy and quality child is the best hope for the formation of a generation that continues to excel and will bring progress in the future. Therefore, support from various parties is needed so that Indonesian children can get the necessary nutrition and stimulation so that they can develop their potential achievements for the future progress of the nation.

In commemoration of the National Children's Day (HAN) 2019, SGM Eksplor presents a series of educational activities at the Prestasi Sahabat Advanced Achievement Park in the Bung Karno Gelora, Jakarta (07/21). This activity aims to invite Indonesian parents and children to come back to remember the importance of fulfilling complete nutrition and proper stimulation to hone and form 5 Potential Achievement of Advanced Generation Children namely Creative Thinking, Developmental Assistance, Sociable, Independent & Self-Confidence.

SGM Eksplor's Marketing Manager, Astrid Prasetyo, said, "We believe that the progress of the Indonesian nation is highly dependent on the achievements of its human resources. At this moment, we would like to invite all levels of society to realize the importance of supporting the fulfillment of nutrition and proper stimulation for the realization of the Next Generation Child. "

"In addition to fulfilling nutrition, we also encourage the provision of appropriate stimulation as early as possible for the Little One, one of them is by presenting Taman Prestasi Sahabat Advanced Generation. In this park, various interesting and educative activities are provided, ranging from coloring competitions, various exciting & educative game arenas such as the Smart Creative Park, the Agility Park, the Adventure Park, the Healthy Park; nutrition education session for Little One with Mother; and MOBI SGM Explorers. To add to the lively celebration of National Children's Day, we also hold fun walks and parades of advanced generation children with 1,000 participants, and meet & greet with Upin & Ipin, "continued Astrid.

Taman Prestasi Sahabat Forward Advance is specifically designed to hone 5 Potentials of Achievement of Advanced Generation Children through interesting games in 4 Achievement Parks which consist of: Smart Park Creative, Park Skills, Adventure Park, and Healthy Park. Stimulation and educative games available include: Smart Park Creative can support the potential achievements of Creative Thinking, Independent, and Self-Confidence because the Little One through a simulation game Advanced Generation Pilots where the Little One is invited to fly a chili plane to avoid obstacles and the Advanced Generation School where the Little is invited to learn writing & English, recognize colors and get to know a musical instrument; in the Park of Dexterity and Adventure Park, your little one can be invited to play to support the potential achievements of Help for Growth, Independence, and Self Confidence through the game of Wall Climbing, Flying Fox and Bouncy Trampoline; and in Taman Sehat, can support the potential of achievement Outgoing, Creative Thinking, Confidence, Help Growth and Development through the game Milk Factory.

"Through existing games, parents and children can learn and recognize several stimulations that can support and hone the potential achievements of the Little One. Like the Smart Park Creative playground, there are simulation games to fly planes and carry out missions to collect Complinutri pieces. From this game, your child can learn about how to think creatively, "Astrid explained.

Anna Surti Ariani, S.Psi., M.Sc., Psi., A Child and Family Psychologist who was also involved as a consultant for the Achievement Friends of Advanced Generations Park together with SGM Eksplor said, "It is important to provide complete support for the small consists of fulfilling nutrition, and proper stimulation to support and hone the potential achievements of your child to help you think creatively, outgoing, independent and confident. All of these aspects are important to be developed as early as possible so that later the Little One becomes an advanced generation who has good achievements and personality. " 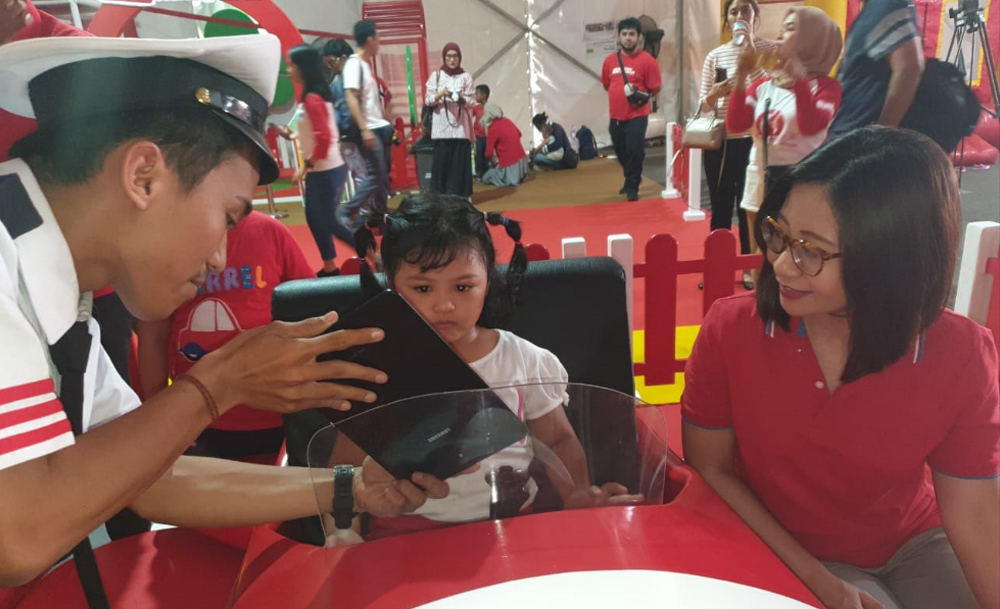 Furthermore Anna Surti said, "There are many simulations that are easy for parents to apply at home in order to develop their child's potential achievements. For example, to stimulate the independence of your child at the age of 1 year, children can be taught to start holding their own spoons so that they have the independence to feed themselves. In addition, parents can also support the stimulation of your child's curiosity in order to develop the potential for creative thinking achievement, namely by creating a safe environment, providing opportunities for play and activity in diverse environments and inviting your child to talk about interesting things for him. "

Not only parents, the progress of Indonesia is also a concern of the figure of the nation's outstanding child, Tambhaong, who also supports other Indonesian children in order to become advanced generations. "We all certainly dream of a better and more advanced Indonesia in the future. It is not impossible if we all take part, however small, in supporting Indonesian children to develop their potential and excel according to their fields. " 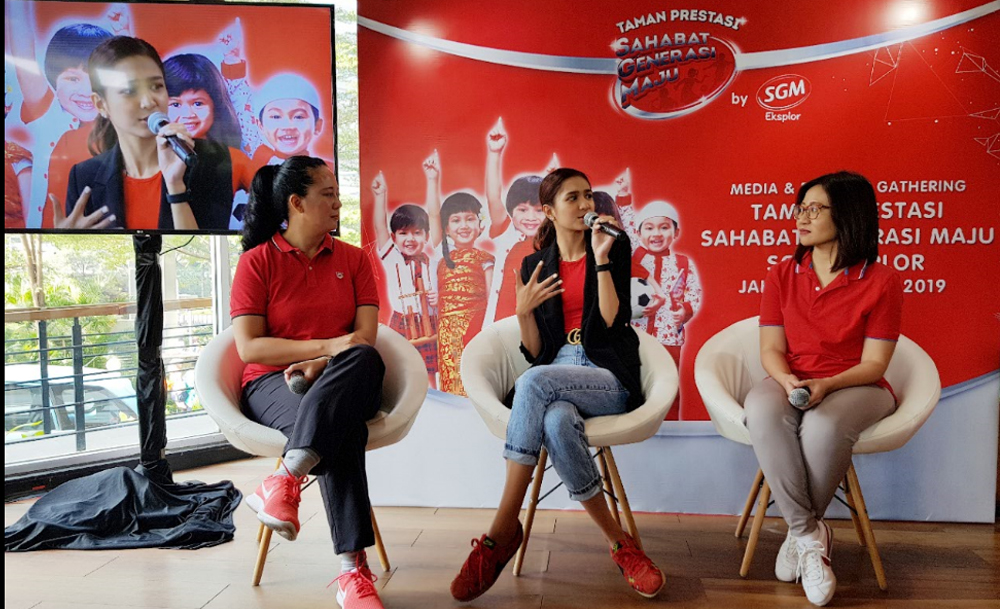 Mikha further said, "I believe every child has the potential to achieve progress. However, what makes the difference is the talent or interest they have. From a young age, in addition to supporting with nutrition and stimulation, my parents continue to encourage me to look for these talents and continue to learn in order to develop them, both in the arts and academia. Today's progress and development can be used as a weapon to move forward to achieve achievements for the good of the people around and the Indonesian people. However, the success of Indonesian children is not only in the hands of their parents, but also in the hands of our young generation. Therefore, let us together to play an active role in opening opportunities for other Indonesian children to become advanced generations so that in the future this country can be better and more advanced than before. "

"The series of initiatives carried out is a form of SGM Eksplor's support and commitment to continue providing education about fulfilling proper nutrition and stimulation. With proper nutrition and stimulation from an early age, it is hoped that Indonesian children can grow and develop optimally so as to encourage the creation of high quality, advanced generations who are achieving for the future progress of Indonesia, "concluded Astrid.